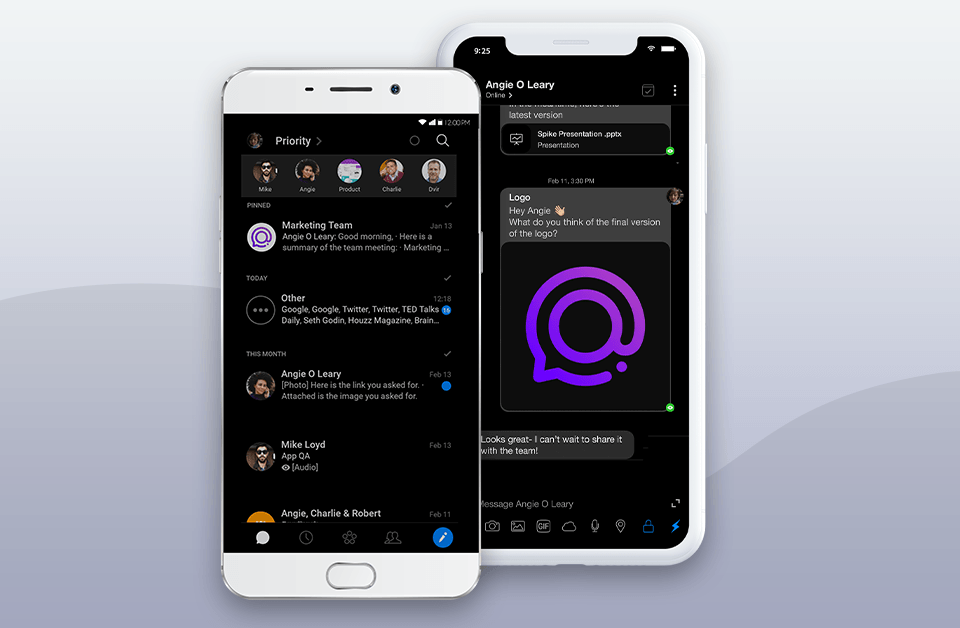 Do you have a dark side? Like things a little edgier than the average Jedi? See yourself more as a Vader than a Yoda? Well, you’re not alone – and here at Spike, we’re excited to bring you something that will make your toes curl and your spine tingle. But in a good way! Say hello to Dark Mode.

After chatting with you and getting your glowing feedback on Spike, there’s one thing that really stood out. Black is the new black. At least when it comes to your email messenger. So, our genius developers decided it was time to move over to the dark side. Available on both iOS and Android, all it takes is a flick of switch to go dark. Bright and breezy or black as night. You decide.

Dark Mode – What is it Exactly?

The popularity of dark themes in the tech world is not difficult to understand. After all, black on white is so last century. It’s almost like developers took their cue from some really old technology. You know, those dusty old things that sit in libraries. Now, don’t get us wrong, there’s nothing we love more than settling down for the evening with a good book. But when it comes to screens, all that white can be a little overwhelming.

Dark mode does much more than change backgrounds to black and text to white. It provides improved readability, better contrast, and reduced eye fatigue by not only switching your background and text, but also any images, videos, and hilarious cat memes. Dark backgrounds also eliminate distracting white spaces on some webpages, enhancing your focus.

Spike’s dark theme for email makes your messages easier to read and gives your productivity a boost by reducing the amount of blue light emitted (more on this later). However, we’ve made sure Grumpy Cat’s (RIP) iconic face mask is always black on white. After all, he has enough problems on his plate.

Dark mode has a couple of other Jedi mind tricks up its sleeve. As we previously mentioned, reducing blue light is a thing. And a very important one at that. Today, we sit longer at our computers, smartphones and tablets than ever before – often working/playing late into the night. Unfortunately, all that blue light is having a detrimental effect on our health, affecting our circadian rhythm and disrupting our sleeping patterns. And, as we all know, quality sleep is needed for both mental and physical well-being. Spike’s Dark Mode for email reduces the blue light, making it ideal for late night sessions (if you’re the late night type) by reducing eye strain when you spend long hours at the computer or on your smartphone.

Another reason to make the switch (and digital nomads are going to love this one) is that you’ll also get a few unexpected bonuses when on the road. Most high-end smartphones and tablets today use OLED (or the more advanced AMOLED) screens that don’t require a backlight in order to present your pixels in all their polychromatic glory. So, when you’re rocking dark mode, any black areas of your screen are simply pixels that have been turned off. The bonus? You’ll save battery power, letting you work and play faster, for longer!

If that’s not enough to lure you over to the dark side, there’s one more little detail that might just push you over the edge. Spike’s Dark Mode is dark. It makes you look like a badass-ninja-Sith Lord ready to conquer the galaxy with a brand new Death Star only made possible by your increased productivity and creativity. After all, the failure of the original design was surely the fault of chronic insomniacs and smartphone users on their last bar of battery. I mean, who else would design an interplanetary weapon with one, easily accessible weak spot that has the potential to blow the whole thing apart?

Available for both Android and iOS, dark mode puts the power of the dark side at your fingertips. Download Spike today and check it out for yourself.

Is Your Email Provider Spying on You? Probably, but Spike Won’t!

End of the Affair: Why Americans Have a Love-Hate Relationship with Email

Just the word "email" can be enough to cause stress. Spike’s 2020 Workplace Communication Report paints a worrying picture of Americans fractured relationship with email–but not all is lost. There is light on the horizon.