Disrupting the Status Quo: How Spike is Helping to Improve Diversity in Business

Spike keeps Soulpreneur Tyree organized and on-point, allowing him to succeed in his mission to increase the visibility of BIPOC leaders in business. 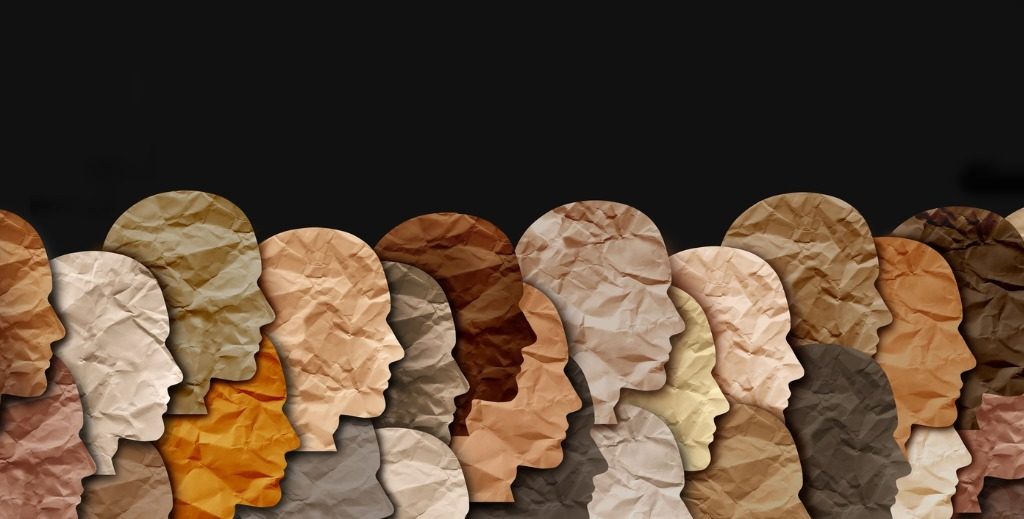 Number of Productivity apps used: 20 before Spike, 5 in total after Spike

How many hours do you save a week using Spike? Tyree saves 20 hours while his team saves 50 hours in total.

As a frontrunner in the progressive movement, Urban UniverCity strives to assist one-billion individuals discover their destiny and reach their full potential. Based in Columbia, Missouri (home of Pianist Blind Boone and first female African-American millionaire Annie Fisher) Urban UniverCity specializes in providing BIPOC Entrepreneurs and their companies with a location and wealth of tools to enable success.

To help people make their dreams a reality, Urban UniverCity Founder and Chief Evolutionary Officer, Tyree “Paladon” Byndom connects with dozens of people daily. Staying in touch with everyone from solopreneurs to spiritual leaders requires a simple, fun, fast, and effective way to keep in touch. That’s why Tyree chooses Spike for all his communication needs.

Spike has become like my secret weapon and one of the best tools that I could have ever found!

A lover of technology and productivity, Tyree beta tests all apps in order to provide the best service for his Technology Coaching clients. After a failed trial with another app that resulted in him losing data, Tyree searched for a workspace application that would keep his work secure, boost his productivity, and keep his workflow uninterrupted – that’s when he discovered Spike. Prior to Spike, Tyree kept a folder of his top twenty productivity apps, but after discovering Spike, he has pared that selection down to five. As an all encompassing workspace solution, Spike helps Tyree keep all his communication and work together in one place – Email, Notes, Tasks, Groups chat, and more – so he never misses a correspondence. With five active departments, Tyree and his ten person team use Spike to stay connected without using multiple apps.

Tyree estimates Spike saves him and his team around fifty hours in labor per week, resulting in a savings of $10 thousand dollars on average each month.

Communication at the Speed of Thought

Spike Notes play an important part in Tyree’s daily operations. Notes are flexible, shareable with anyone, and all online. Whenever a Note is created, it is automatically saved and synced across all devices – meaning it’s accessible anytime, anywhere, making it a key productivity tool for busy entrepreneurs on-the-go like Tyree.

I use my notes almost more than I use emails now because it allows me more control and privacy of my conversations. It’s a lot easier to make a note private than to delete an old tweet 😱 or email.

In particular, Tyree uses Notes to create pitches, webinars, and curriculums for any idea that he comes up with. Once shared, Tyree uses the Notes convenient side-bar chat to bounce ideas back and forth without the need for multiple external emails. He loves how Notes give him the ability to enhance intimacy with his connections because they create a safe space for collaboration – allowing everyone to see excellency in action, breaking any barriers created by anxiety or imposter syndrome.

Notes are also secure. While Notes can be shared far and wide, permissions can be tailored to “Can Edit”, “Can View”, and “Private”, so Tyree can ensure his Note is always used for its intended purpose and contains everything it should.

To date, Tyree has created over two hundred Notes for everything from his Guild’s HR file; to community support and outreach campaigns. With the help of Notes, Tyree was able to give back to his community in crisis during Covid 19.

Spike Notes played an integral part in a campaign that resulted in over $2M in resources being secured for my community and the revision of policies within the local government.

An already unstable time, citizens in Tyree’s community were facing high rates of unemployment - and worse yet - were threatened with having their lights shut off. Tyree and his wife, Nik, hit the ground running, using Notes to compile research and share with the public in order to advocate for their community. Through their efforts and the use of the widely shared Note, Tyree and Nik were able to expose abuses in the system, sparking change within the local government and resulting in the reallocation of $2 million in resources to customers in need. As Urban UniverCity prepares to launch its own Media Network, Spike’s collaborative features enable Tyree and his team to stay on top of the many moving parts of innovation.

In 2021, connectivity and accessibility go hand in hand. More than ever, consumers rely on apps and websites to learn about and obtain services, making it crucial for businesses to have one or both of these tools. As part of his Website and App development mentorship for clients, Tyree creates templates within Spike Notes to create a detailed plan and timeline. With over fifty templates created (and counting) Tyree has been able to assist entrepreneurs in various disciplines achieve their web development goals. Once templates are completed and approved, the template then evolves into a “Business Evolution Plan” where he and his client focus on milestones, goals, and the next steps. All of this is done from within Spike, eliminating the need to use outside apps to keep the creative process flowing, keeping clients engaged with their lifestyle brand; brands that accompany clients past mere loyalty but to where they rely on the tech to augment and aid THEM to become better human beings.

The peace of mind Spike provides is priceless for leaders of thought who simply have to capture ideas while always being on-the-go.

Spike also makes scheduling and calendar management a piece of cake thanks to the integrated calendar that combines all of your calendars into one super-calendar, giving you an immediate birds-eye view of everything on your plate from doctor’s appointments to video conferences. Tyree loves not having to use another app for all his contacts and calendars. Because Spike’s productivity features are all located in one place, Tyree can stay organized, focused and on-point without issue.

The Excellence of Email

While Spike is full of productivity and collaboration tools that make it what Tyree calls “the Google killer”, we can’t forget to mention the cornerstone of what Spike is based off of is email. As an open-silo protocol, email is accessible to everyone who has an email address, and Spike’s super-powered Inbox makes email management a no-brainer.

Spike’s Unified Inbox gives Tyree a complete view of all his emails, from all his inboxes (he has 10!) so he no longer needs separate apps for all his email identities. Spike automatically organizes Tyree’s emails between Priority and Other Inboxes, so he no longer needs to sift through newsletters and promotions to find his important conversations.

I love that I have only one place to go to check my emails. I currently have ten and it only feels like one through the Unified feature.

Tyree finds Inbox clean-up quick and stress-free because he can trash messages or Spam in one fell swoop, deleting hundreds – if not thousands – of emails in seconds simply by swiping left or selecting the three horizontal dots on an avatar. He also loves the convenience of being able to unsubscribe from email lists right from his Inbox without being redirected to inconvenient external pages.

When talking about the emails themselves, Tyree enjoys their chat-like layout. As the world’s first Conversational Email, Spike is the perfect mix of email and chat. Without bulky and distracting headers and signatures, Tyree and his team save time sifting through threads for a specific correspondence because they can easily scroll through just like a text message conversation. He has even successfully convinced his technology-resistant peers to actually rely on Spike because it’s that easy and user-friendly.

To boost Spike’s automatic organization, Tyree tailors his Inbox even further by having his feed displayed using Subject mode – so his feed displays his emails by subject. In the event he wishes to change that display, he can switch to one of Spike’s other Inbox modes – People or Inbox – so he can see everything just the way he wants to.

Collaborative, quick, and simple, Spike provides Tyree with the comprehensive tools needed to ensure continual evolution and mastery of his niche; in a real-time, fast-paced and competitive society. With the help of Spike, Tyree is well on his way to realizing his mission of improving workplace recognition of the global African diaspora, improving diversity everywhere.

"All collaboration happens on Spike - from brainstorm sessions to final approval."

As a freelance graphic designer, Inna uses Spike to keep her productivity on track and her ideas flowing.

Max and Hooligans use Spike’s Groups and clean, Conversational Email to improve workflow and have a better inbox experience.

“It’s a great blend of email and messaging that's effortless and saves a lot of time. It's genius!”