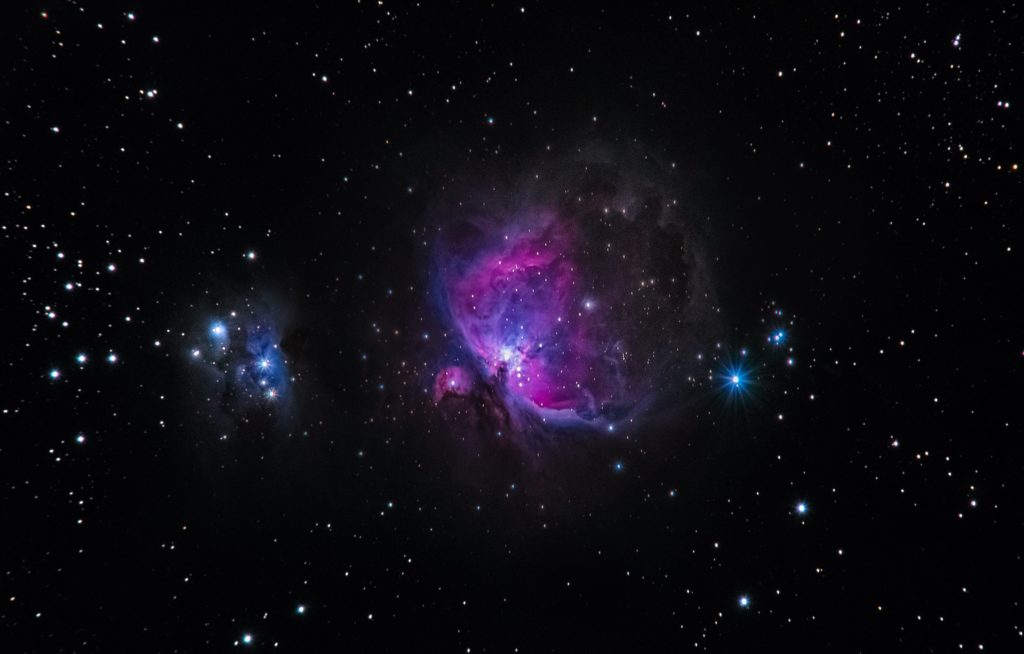 A simple character that changed human communication as we know it.

In 1971, Ray Tomlinson used the “@” symbol to establish the first networked email systems on ARPANET. He used the familiar user@host format to indicate a destination for a message.

With this, email communication was born.

Email, and the internet, has evolved tremendously over the past several decades, especially with the introduction and explosive use of messaging tools and social networks. But one thing has proven true — email is still the most dominant and popular method of communication in the world.

But if you are staying on top of current news and industry chatter, you may think that email is on the fast track to its grave. It feels like every week a new article or blog post is published claiming that “Email is dead!” or “Slack is now literally killing email apps”.

Companies, like Slack and even Asana, were built with the sole mission to banish email. But these products were built with an inherent problem — they operate like closed islands of communication. In other words, users have to be invited in so they can communicate and collaborate with others. It’s like an exclusive club that requires an invitation and willingness to join just so you can see what’s on the other side.

But with email – it doesn’t matter which domain or platform you use to send a message. Even if you’re a Gmail lover and the recipient is a die-hard Outlook user, you can still send and receive messages. In other words, email has always maintained that core functionality and necessity: open communication. And that’s why it continues to thrive, despite popular opinion that it’s being eliminated from our digital worlds.

Let’s fold back the layers on this topic and explore the disadvantages of closed environments created by messaging apps, the benefits of open communication, and how we can finally break down these silos that plague our productivity.

Chat Killed the Email Star (or did it?)

If you’re scrolling through your newsfeeds and reading the headlines, it’s understandable to think that email communication is on its verge of obsoletion.  Everyone loves to complain how they will never achieve inbox zero or how the majority of their job is just writing and responding to emails.

Through this frustration, tech companies found an opportunity to capitalize on people’s desires for quick, informal communication by building chat apps.

Humans have an inherent need to communicate and connect. We crave that 1:1 communication with another person, or even a group of people. But the format of email wasn’t necessarily built with this natural fluidity of human conversation in mind. Instead, email acts like a formal, digital letter with little room for back-and-forth banter and chitchat. And it really hasn’t evolved in the past 50 years.

When messaging apps hit the mainstream scene in the 1990s (think AIM and MSN Messenger), it finally created a medium for people to communicate as if they were chatting over a cup of coffee. Instant messaging and chat applications became widely popular around the world. And then it was introduced to the corporate world with the introduction of companies like Slack in 2014.

Within a year, Slack increased its user-base from 16 thousand to 1 million. As of May 2018, Slack had over 8 million daily active users.  With that insane growth, it was clear that email platforms had met their demise.

And in 2018 alone, Slack announced two important partnerships. First, fellow tech giant, Atlassian, decided to stop their exploration in the real-time communications market and stopped developing their messaging application, Stride. The Atlassian team decided to instead partner with Slack and made an equity investment in the company. Then in September 2018, Slack announced it purchased Astro, the maker of an email app with a built-in smart assistant. With this acquisition, Slack announced that it would shut down Astro’s email app.

It sounds like, with this news, Slack is cannibalizing the real-time communications and email market. But if you read through the lines, you’ll realize the opposite is true.

Slack’s acquisition of Astro proves that the tech giant actually sees the necessity and value of email. Instead of sticking to their guns to destroy email altogether, the company is clearly leveraging opportunities to integrate email into their platform in a move to consolidate these tools for users.

Here’s what the Slack team had to say:

“We’ve taken some steps to make it possible to integrate email into Slack, but now we’re in a position to make that interoperability much simpler and much, much more powerful,” the company writes.

Bottom line: even though modern workers love instant messaging apps, they also still use and rely on email to communicate and get $h%t done.

Despite the perception that email is next in line on the chopping block, it’s proving to be the most resilient communication tool year over year.

Why Email Is Still Thriving

Despite these threatening headlines and industry predictions, email is still alive and kicking since its birth nearly 50 years ago.

And according to a report by The Radicati Group, the total number of business and consumer emails sent and received per day will exceed 281 billion in 2018. This is forecasted to grow to over 333 billion by the end of 2022? Now those are some big numbers.

So how is email still reigning supreme in our digitally-connected worlds?

Because email doesn’t operate in a silo.

It is the truest form of open communication. You don’t need to use a specific email platform or domain to send an email to someone else. You simply write your email, hit send, and voila! It’s received. There’s no need for that person to use the same tool as you. They get your message loud and clear no matter how they choose to receive it.

Here’s an example: as a small business owner, you may use Slack for internal communication with your team. This is a great solution for quick conversations, but what about your clients and vendors? You most likely use email to communicate with them and get actual business done. So instead of having one seamless tool for conversation, you now have multiple apps that constantly require your attention. Instead of opening the lines of communications, these chat apps are actually creating more silos, or closed islands of communication, in your day-to-day operations. Yikes.

It makes sense that workers flocked to instant messaging apps like Slack and Teams. Email never evolved to support this human desire for instant, 1:1 communication. Email has maintained this reputation of professional, formal, and stuffy correspondences — think like a letter for Queen Elizabeth.

But that’s all changing now with conversational email.

The Case for Conversational, Open Communication

Let’s dive a little deeper into a scenario:

You’re an owner of a small consulting company. You have a team of internal consultants who work on client projects. You needed a way to chat with everyone on your internal team since most people are traveling around the country for client projects, so you set up Slack so your team can stay connected while on the road or in the office.

However, all client communication is still done through email. Now, you find yourself hopping between Slack and your email inbox all day, and probably at night, to run your business and keep your team and clients happy. Phew — you must be exhausted with that constant app switching.

In this case, by trying to be more productive at work with your communication, you actually created more problems for yourself. With multiple messaging apps on your mobile and desktop, your attention is required simultaneously in multiple places. How many times have you searched for a message in Slack to then realize it was actually buried in an email?

This habit of context-switching between apps is actually the number one productivity killer for the modern-day worker. Instead of focusing on your work, you’re spending your brain power searching for the information in your multiple apps so you can send that update to your team and client.

That’s why the need for a single, consolidated platform is more important now than ever. Your attention is being pulled in hundreds of directions everyday. And you’re focusing more on the clutter than the conversation at hand.

With that being said, how can you consolidate all your communications into one platform while also using the features of your favorite messaging apps?

Spike is the first conversational email platform that turns your existing email inbox into a simple, multimedia messaging tool. Spike clears the clutter from your emails (think: send fields, headers, signatures) and transforms them into instant, short, and simple messages.

And the best part? You can access Spike in a browser, on desktop, or on mobile. It seamlessly integrates with your current email addresses so you don’t have to create a new username and password to get down to business. And no need to worry about the human on the other end of your message. She will receive it whether she’s using Spike or her regular email inbox.

At the root of its design and functionality, Spike promotes conversational email and open communication. It completely eliminates the silos created by messaging apps like Slack, Google Hangouts, and Whatsapp. And it removes the archaic elements of emails — headers, signatures, thread, and overall clutter.

And just like messaging apps, we built Spike to focus on human conversation. Your inbox is organized by people — so there is no longer a need to have multiple conversations with the same person in 5 different email threads. People mode lets you chat like you do in a messaging app. Long story short, we’re finally giving email the upgrade it deserves.

At Spike, it’s our mission to improve the world of productivity one email at a time, to keep formality from obstructing productivity, and to leave human communication better than we found it.

Instead of creating another app that creates yet another silo of communication, we are opening the floodgates and bringing together what you really need (productivity) and what you really love (messaging) into one platform. With Spike, your inbox finally feels and looks like a real conversation.

Now is the time to break down these internal, and even external, silos of communication and to foster a quicker, friendlier, more effective form of business communication.

Try as they might, messaging apps won’t kill email communication. It’s stronger and more alive than ever.

Do You Want the Good News First? How to Improve HR Communications with Spike

The best HR departments put good communication at the top of their list. Discover how Spike has got all the tools you need to streamline human resources communication.

Looking for an alternative to Google Inbox? Discover a new home for your email and much more. If you liked Inbox, you’ll love Spike.

The Best Mobile Apps for Graphic Designers and Illustrators

Discover a wealth of useful graphic design apps that are perfect for freelancers, digital nomads, and anyone who is inspired outside of the office.