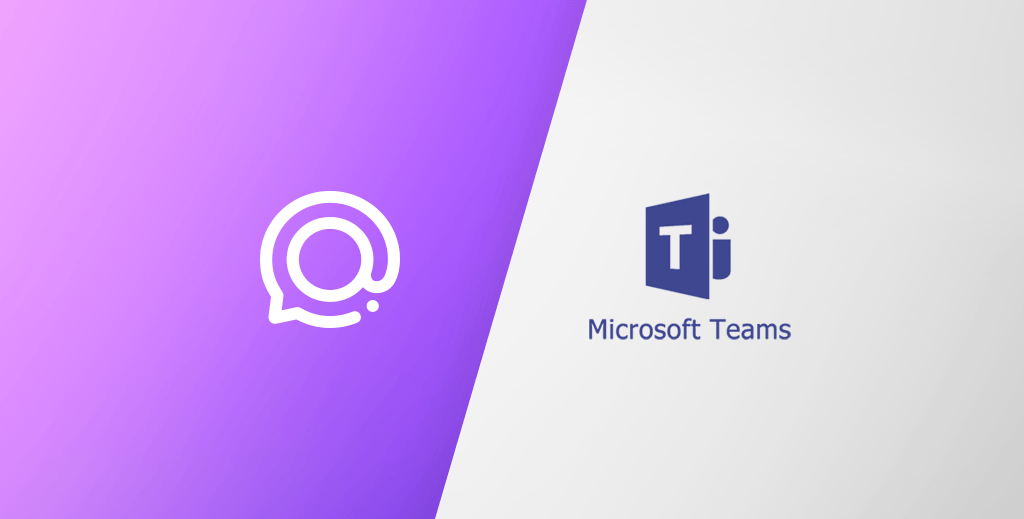 Big news coming out of Microsoft. As the new decade gets underway, everyone’s favorite monopolistic multinational is updating Microsoft Teams with a few new features—most significantly by integrating a “Walkie Talkie” capability that essentially turns your smartphone into a…well…walkie talkie with push-to-talk features.

Push-to-talk functionality is nothing new, but the way in which Microsoft is integrating it into Teams probably is. The idea is to give users a direct connection to another contact, a bit like being on a call with someone, but at the same time not. The problem is, does anyone really need it?

Now forgive us if we sound a little less than excited. But we think that most people using MS Teams will find little use for this over-engineered piece of technological bling. True, if you’re a frontline worker who desperately a synchronous connection to the back office or security personnel, it might come in handy, but the majority of Team users don’t want or need another direct line to their contacts—they have smartphones after all. However, it does raise a question about push-to-talk functionality and its place in the office.

Luckily for you, Spike already has push-to-talk integrated directly within the app—so you can find your best use case without having to wait for Microsoft to get around to releasing Walkie Talkie. However, there are a few differences between the two, and in truth, our Microsoft Teams alternative is already leading the way in asynchronous communication. Something everyone needs a little more of.

An MS Teams Alternative Integrated into Your Email

Spike’s built to be much more than a simple Microsoft Teams alternative, and you can check out all the 21st century features here. However, before we go on casting shade on everything Microsoft is doing with Teams, let’s take a look at the advanced features of Spike’s voice memo.

Spike’s alternative to Microsoft Teams is built around your email. That means you’ve got everything you need in a single app, tied directly to your existing email address. It provides a single, unified workflow straight out of your inbox, and it’s designed to help you ditch the endless app switching so you can get on with more important things!

The benefits of using Spike as a chat app linked to your email are numerous, but we’ll focus on the voice memo part for now. Let’s say, for instance, you’ve got a team of freelancers or remote workers dotted throughout the world. Not everyone is going to be on the same platform as you are, but with Spike that doesn’t matter. You can simply create a Group, invite your contacts, and seamlessly communicate with all members using email. For those that are using Spike, they’ll get all the benefits of real-time email awareness integrated into the app. For those that aren’t, all the information will arrive directly within their inbox. With voice memos, it works exactly the same, delivering your sweet tones directly to your contacts in a way that everyone can access.

Voice memos are super-useful snippets of audio used to quickly and efficiently share information with your contacts or within your team. Driving through the city handsfree: voice memo. Need to share an update without the formality of email: voice memo. Got some particularly happy/unhappy news that email can’t convey the right tone: voice memo.

It’s all based around your smartphone, so it ensures you’ve got multiple ways to communicate while you’re on the move. However, once you’ve hit send, your voice memo is accessible on any platform—be it laptop, desktop, tablet, or smartphone.

Picture this: you’ve got a big pitch coming up but you’re stuck in LA/New York/Boston/Washington traffic (take your pick!). Your most trusted colleague is already in the office, and so are your clients! The stop and start roadblock (and police) means you can’t write an email BUT you can send a voice memo.

You start by apologising profusely to your colleague, but more than that, you can outline each of your most important points in separate voice memos which can be easily accessed and listened to by your colleague—even if they’ve left their smartphone at home. You can add emphasis where it’s needed, emotion where it’s required, and of course, you can share information in super-quick time. Genius!

Put simply, making the most of voice memos gives you another outlet for communication and collaboration. They can embolden, insert emotional nuance, add detail, and give a much-needed human touch to your communications. They’re quick, simple, intimate, and uber-efficient—and Spike’s alternative to Microsoft Teams does it all with style.

How to Send a Voice Memo with Spike

Sending a voice memo with Spike couldn’t be easier. On mobile, simply locate the contact or Group you want to send a voice memo to, tap and hold the little microphone icon in the toolbar at the bottom, and go right ahead with your message. Once you’ve said everything you want to say, just let go and your recording is ready to send. 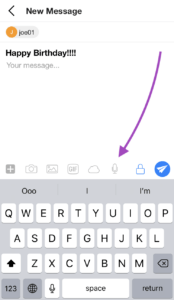 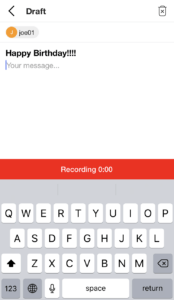 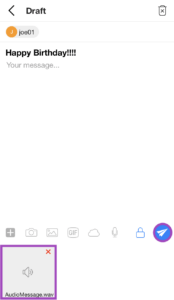 Of course, if you want to add more detail or attach files and documents you can do this too. In fact, when it comes to Spike’s alternative to Microsoft Teams Walkie Talkie feature, there are no limits—we’ve designed it to be as flexible as you are.

Spike’s voice memo feature works on mobile devices, so it’s accessible anywhere you are. For more information on using voice memos, you can visit our Knowledge Base and see it in action for yourself. And for all the latest news on how Spike is developing its future-proof alternative to Microsoft Teams, stay tuned to the blog or drop us a tweet @SpikeNowHQ.

If you’re looking for a versatile alternative to conventional business messaging apps then stop the search! Spike has everything you need. And more!

Google Workspace is the 2021 version of Google’s cloud-based collaboration system that supports calendar, email, documents, and more. Check out our in-depth review and find out everything you need to know about it going into the new year.

A Round-Up Of The Best Email Apps for Windows 10

The Microsoft mail app offers a number of useful features, but it’s not geared towards productivity. Is there a better alternative email client for Windows 10? We've compiled a roundup of the top Windows 10 email clients.