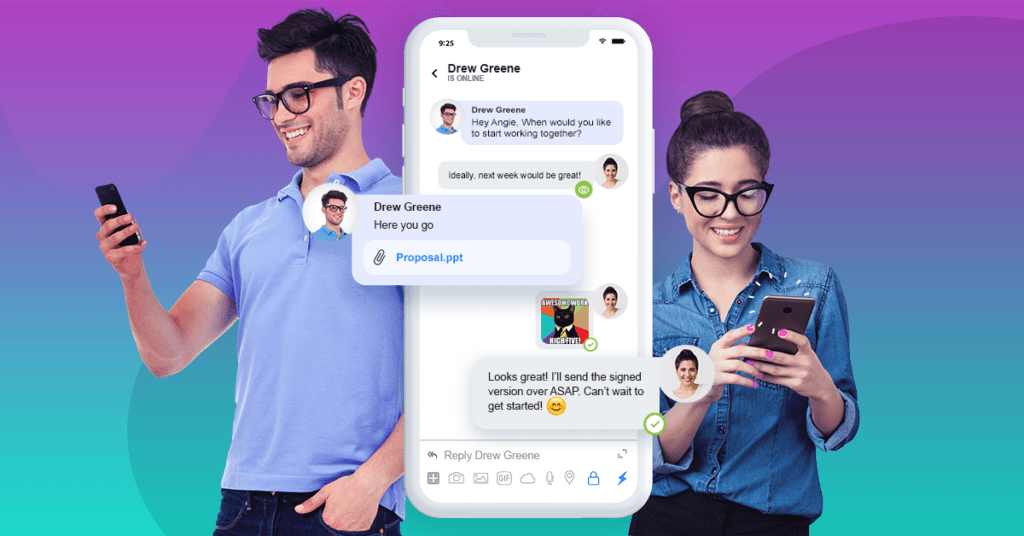 Spike’s new communications study raises awareness to the need for an email revolution.

The survey* focused on Americans’ preferences for email and other messaging tools in the workplace. While the survey revealed that email is still king (100% use email), it’s no longer a standalone solution (100% also use messaging apps). In general, 53% of Americans prefer email to other communication tools.

“There are other siloed productivity platforms being adopted, but email is unequivocally the most commonly used method of communication. So, in an age of zero patience with endless expectations, we wanted to ask the American workforce why a 50-year-old technology is still their go-to, where the pain points are and what changes can ramp up their productivity.” Broken down by age groups and gender in the chart below, the gap between these methods tightens significantly for females and Gen Z/Millennials, who use more messaging and less emails for work than their male counterparts and their colleagues aged 35+: Today’s workforce would like to see consolidation of communications. Best of Both Worlds

The survey reports that across all age groups, messenger/chat apps are the second most used communication tools (outside of email), followed by social media and docs/notes. When asked to rank their preference for which communication apps should be integrated into work email, messenger/chat apps were again the top choice, followed by social media and calendar.

When asked how emails are better than messaging apps:

52% prefer to read and respond when they want to

When asked how messaging apps are better than email:

26% prefer to read and respond when they want to

Below is a full breakdown: Americans have mixed predictions for the future of traditional email:

“Email’s open nature and inherent respect for flow are superpowers. As time goes on, we’ll see those characteristics increasingly ingrained into our work software for true productivity. Spike brings modern email, messaging and collaborative tools together on one platform, while also having shared workspaces for real-time channels where you can collaborate with any email address holder in the world.”

No more tab switching? It's about time you joined the party Google

With its most recent updates, Google finally catches up with Spike in realizing that users are tired of switching tabs for different types of work.

2020 has been quite the year for many reasons. Here at Spike we had a lot of exciting changes and announcements. Check out our year end wrap up and see what we have in store for 2021.