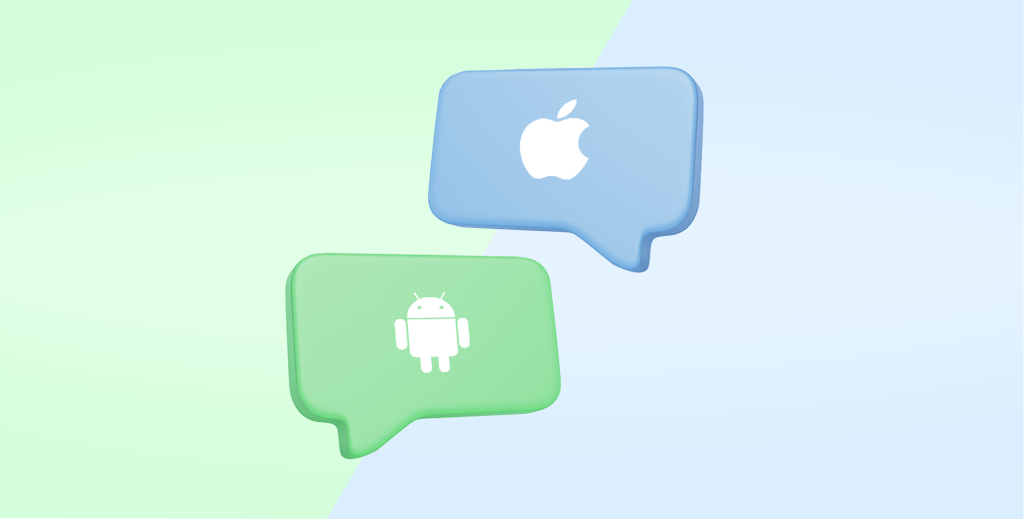 Over the weekend, we saw the return of the discussion around iMessage lock-in on Apple platforms, and the potential to create “haves” and “haves not” among teenagers. The Wall Street Journal article looks at how iMessage and its blue text color among iPhone users create peer pressure for young people to use iPhones and sometimes lead to the exclusion of Android users from group chats.

Before we go any further, we should note that the attitude that someone should be excluded from social circles because of their device choices is wrong and shouldn’t be tolerated. We’re all carrying around supercomputers in our pockets – the operating system that powers the phone is irrelevant (or at least, should very well be!). Are there some technical advantages to iMessage-only conversations? Sure. Here they are:

What’s Apple’s responsibility to support iMessage on Android and PC?

An iMessage app for PC and Android would make waves in the technology industry. Would PC and Android users love that option? Of course, they would, but Apple is under no obligation to make that happen unless it benefits Apple and its shareholders. Does Apple care about its users? Absolutely it does, but it’s a for-profit company that aims to drive profits and revenues. Someone that buys an iPhone for iMessage is more likely to buy an iPad, Apple Watch, or a Mac to go along with it. Apple is under no obligation to make any software available on other platforms unless it benefits Apple.

iMessage should not benefit from bullying. Texting should bring us together, and the solution exists. Let’s fix this as one industry. 💚💙 https://t.co/18k8RNGQw4

The official @Android account tweeted a response soon after the iMessage article on the Wall Street Journal was published. Of course, everyone but Apple would love to see iMessage on Android. It would benefit everyone but Apple, though. Apple is holding all the power here, and it’s easy for competitors to become vocal when they’re in a powerless position.

Google has not succeeded, along with the carriers, to get any traction with RCS (Rich Communication Services) as a successor to SMS. They’ve also launched and shut down 10+ message apps during the last decade.

iPhone users don’t have to worry about signing up for another platform with iMessage. When activating an iPhone, the app automatically activates iMessage and lets you start messaging using iMessage. It was a masterpiece of business strategy if you think back to how Apple launched iMessage.

Apple didn’t pitch iMessage to anyone as a new messaging platform. With iOS 5, the company flipped the switch in the messaging app, and iMessages took over and used SMS as a fallback. Using a term Apple likes to use: “It just works.” For the last 10+ years, most “messages” sent on iPhones have been over iMessage. Many iPhone users may have no idea how iMessage works, how it’s different from traditional messaging, or what benefits it brings. Apple created a secure messaging platform that benefited its customers only.

What the tech industry needs to do Google and Android users would love iMessage to be available on Android, while Apple would love everyone that wants iMessage to use an iPhone. Everyone is arguing for the wrong thing, though. What we need is a return to open standards, These are some of the popular messaging platforms that are used around the world:

These are just a few of the applications that people might need to chat with all their friends. What if there was a single open standard for messaging that was open to any platform or any app to tie into? It would include:

Just as POP3, IMAP, and SMTP created the original communication boom with email, a return to open standards for communication is paramount for the technology industry. We want to see an end to siloed communications depending on which platform you’re using. Instead, there should be an open platform for messaging – and all kinds of communication – just as there is for email, HTTP, etc.

The lack of iMessage on Android isn’t the biggest problem we face with messaging. It’s the lack of open-standards. Countless messaging protocols are controlled by single for-profit companies that power much of our world. It’s time for the big tech companies to put walled-gardens aside and build what’s best for the users of today and in the future. The iPhone wouldn’t have taken off without access to the open web. Likewise, mobility would have been useless without access to open email standards. We’ve all benefited from building from a standards-based perspective, and it’s time we get back to that to develop the next generation of solutions. If that means building something new, let’s get to work. If that means Apple open-sources iMessage, then let’s push the company towards that. iMessage on Android just kicks the problem down the road.

Dvir Ben Aroya Dvir is the CEO and co-founder of Spike. With two decades of experience in the technology industry, he is focused on how technology intersects with the way we work. His passion for productivity fuels his mission to make Spike the collaboration tool of the future by bringing a human touch to digital communication.

The Tools We Use Must Match The Way We Work

An outdated toolset doesn’t just slow a company down, but it can actually reduce moral and stifle innovation. A forward-thinking company needs a workspace built for modern teams that creates a distraction free environment

The Digital Workspace Manifesto: It's Not Just About Inbox Zero

Is #inboxzero a path to unhappiness at work? Maybe, but it depends on your mindset. We created Spike to be flexible for all styles of organizational methods, but regardless of which you choose, it’s time to level up your email experience.

If You’re a CEO Who Doesn't Respond to Emails, You Don't Have a Pulse on Your Company

Spike’s CEO reads and responds to hundreds of emails per day, and in his opinion, every CEO should be highly responsive and available over email with their employees and customers.