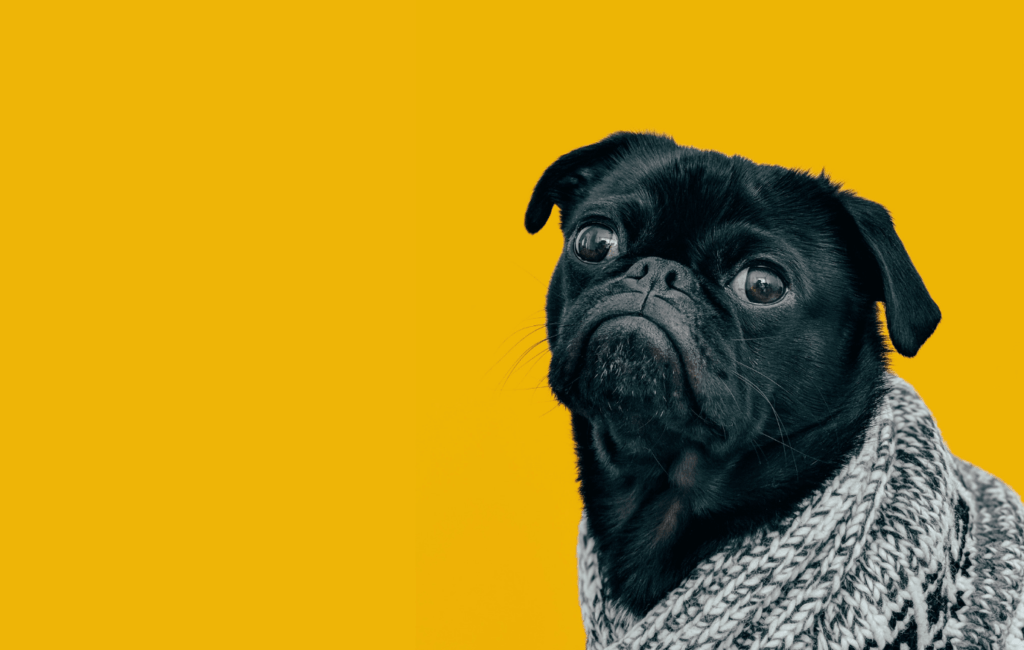 A Real Alternative to Microsoft Outlook

Microsoft Outlook—it’s been around forever. In fact, it was first released way back in 1992. When MS-DOS was still a thing. When the internet was still just a baby. It’s a bit like your least-favorite aunt. Sitting in the corner of the room on Sundays. Quietly knitting ugly sweater after ugly sweater. Sure, everyone needs a sweater, but there’s other ways to stay warm in winter. Ways that don’t involve being bothered by scratchy wool and off-color designs.

Outlook is still popular, however, and despite its scratchy user interface, cumbersome toolbar, and tired layout, it’s still the default option of many users when it comes to email management. In part, this is down to the fact that it used to ship with new PCs by default—a pretty clever trick on the part of Microsoft. But just like that sour-faced, serial sweater-knitting grouch, it’s definitely outstayed its welcome. But it’s time for a change. It’s time for Spike’s fresh-faced approach to email. Think of Spike as the cool aunt that always travels to exotic places and has a suspicious amount of money.

A New Approach to Email

There’s been plenty of Outlook alternatives over the years, some more successful than others. However, more often than not, they’ve stuck to the same old script, simply repackaging the same features and moving the odd thing around. It’s no joke to say that email is stuck in the last century, with clumsy formatting and time-consuming management tools making everyday communications a chore. So. if you’re looking for a Microsoft Outlook alternative that does things a little differently, then check out what Spike has to offer.

Spike ditches many of the old email conventions that you know from Outlook. Say goodbye to confusing headers, repetitive natures and other useless bits of information. Endless threads that tangle up your messages in webs of code have gone the way of the flip phone. And gone is the staid old way of organizing email. Spike’s Outlook alternative puts real-time email awareness at your fingertips, combining the best parts of instant messaging and conventional mail to bring you a truly modern communications solution. Emails are organized by people, and not threads, adding a more human touch to your email management. It’s called Conversational Email. And it’s your new best friend! 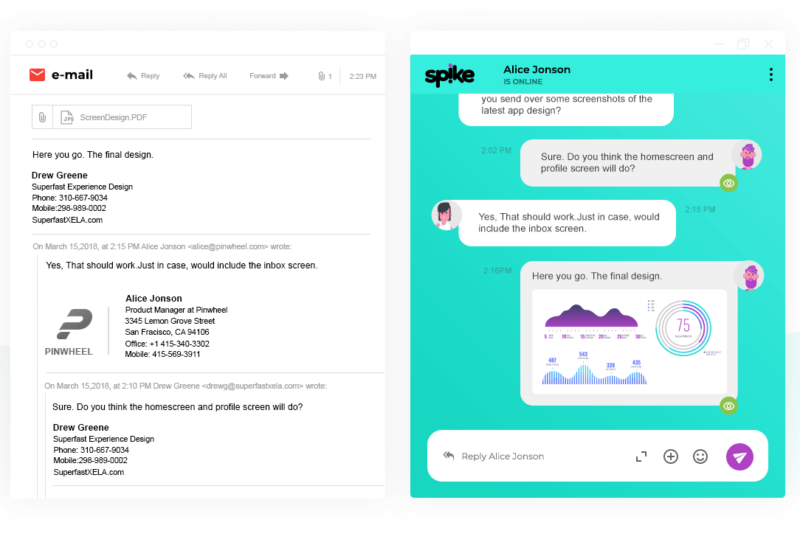 Take a look at how Spike stacks up against Outlook, and explore our powerful feature set that’s ready to change the way you communicate:

For anyone who’s tired of managing email in the conventional way, Spike brings you an entirely new approach that also packs in plenty of other useful features. Check out this handy comparison table and measure up Spike as an alternative to Outlook.

Outlook’s group messaging functionality is definitely stuck in the past, still using the CC and BCC messaging format that’s been around forever. It’s done a job, but Spike has something altogether better. Groups brings the quickest and easiest way to collaborate with your team or chat with your friends. It works just like your favorite messaging app, with real-time replies and read-receipts, but also packs a punch. You’ll find powerful email features seamlessly integrated into your group chat, so you can fire-off instant replies or compose a more detailed message. But the best part? There’s no need to download a separate app to take advantage of Groups, it’s all built into Spike.

Other Outlook task alternatives, such as Calendar and File Manager also bring an extra level of functionality to Spike. Calendar allows easy organization of your schedule, bringing multiple calendars attached to your email addresses together on a single screen, whereas File Manager and our Advanced Search function keep all of your files together in one place. Need to find an old invoice you sent last year? Just type in a keyword and Spike will display all your related files on a single, easy to navigate screen. It’s the simplest and most intuitive way to find all your data and documents.

A Clever Outlook Alternative That’s Got Your Back

The Spike app packs a punch—and as an Outlook alternative, it’s got your back. By constantly developing features that are designed to make your life easier, Spike’s committed to bringing email into the 21st century. But how you ask? Keep reading 👉

Anyone who always forgets to proofread is going to love the fixing powers of Undo Send. Forgot an attachment? Don’t worry. Made a terrible typo? Relax (although not for too long). Undo Send allows you to stop a message from being sent within ten seconds of hitting that paper plane so you can fix your mistake before anyone realizes—it’s a kind of magic!

Next up, is a powerful Send Later function that’s made for people who want to be more organized than ever before. Send Later lets you get down your best thoughts as they come to you, allowing you to compose and email whenever those bright ideas illuminate your synapses. Don’t worry about disturbing your colleagues at 3AM, however, you can use Send Later to schedule your email to be sent at a more civilized time. Choose a time and date to suit or simply click the send later today, tomorrow, or next week options for lightning-fast email scheduling.

Spike as an Outlook Alternative – The Final Word

For Microsoft fans who are ready to make a change, Spike’s Outlook alternative is available on Mac, Windows, iOS, and Android—as well as being accessible through your favorite web browser. It also safe and secure on any platform, with Super Stealth Encryption ensuring your sensitive information is in good hands. Always releasing more innovative features designed to make your workday more fun, get on the same page as this incredible Outlook alternative today.