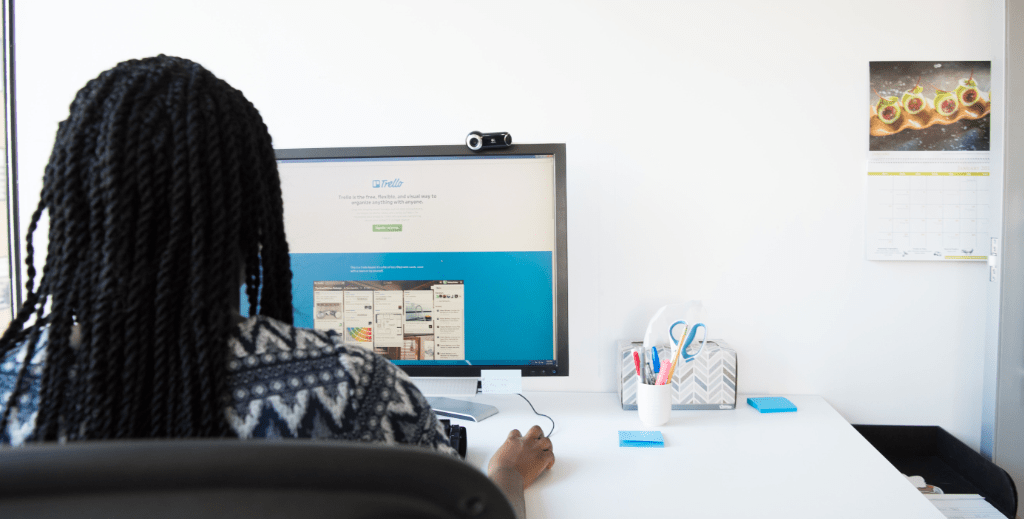 You want your team to be as productive, happy, and on-task as possible. You know that your best option is to scrap the office notice boards and piles of paper and go digital, but there are so many options out there. So, how do you choose which digital productivity platform is right for your team?

Trello and Notion are two popular choices and share some core features that can help your team’s workflow. However, they also have substantial differences, as well as some features that both options lack. Let’s take a look at what Notion and Trello offer, what they don’t, and which productivity platform is right for your team. Trello has been a popular productivity platform since its launch a decade ago. It is primarily based around private and collaborative Kanban boards but has added features over the years to boost and diversify its use. This has included a heavy focus on automation, with Trello acquiring Butler in 2018, which developed Trello add-ons to increase in-house functionality.

While the classic Kanban system is what Trello is designed for, many users get creative with organizing cards and columns for different workflows.

The core features of Trello are:

Notion: Where Information Comes Together Notion is a relative newcomer to productivity platforms, launching its web and OS X app in 2016. Notion pitches itself as an “all-in-one workspace,” which can be used to centralize workflows but is primarily an information-management tool and misses some notable features that competitors offer.

The core features of Notion are:

Kanban is at the core of Trello, so you’d be forgiven for thinking that it is the company’s own organizational method. It has been in use for far longer. It is attributed to Toyota in the 1940s when they implemented a lean production method, with Microsoft bringing it to broader productivity applications in the early 2000s.

Kanban boards are traditionally used to depict the stages in a workflow as columns and individual work items as cards within these columns. These cards then move from left to right as each item progresses. The simplest of boards could consist of three stages: “To-Do,” “In Progress,” and “Done,” with your tasks being moved from one column to the next.

Within Trello, these Kanban cards can include attachments, images, descriptions, team attributions, comments, and more. Additionally, columns can be customized to suit your specific workflow. As mentioned above, Trello now includes Butler in paid plans, which can analyze your workflow to suggest and create automation for repetitive tasks. These are often basic logic queries, such as “if a card is a move to ‘Done’, mark as Complete” or similar.

Out of the box, Notion looks like a more comprehensive productivity platform, offering Kanban boards like Trello, but also notes, wikis, databases, and tasks (mainly through calendars and reminders).

It is set up as a way to organize information for teams, so is mainly pitched at enterprise-level customers who might need elaborate company-wide internal wikis. These could be pages for topics such as policies, company objectives, or rolling updates.

For less static information, Notion offers collaborative notes, which have modified markdown support; can be assigned to specific team members; and include various content options such as images and video. In keeping with Notions’ focus on information management, notes can be included and organized in databases.

The actual project management side of Notion is, as with Trello, based around Kanban boards, but the information within these can be repackaged into many different views such as tables and lists to add a level of customization to different team’s workflows.

You want to focus on managing your team and getting work done, which means not being held back by software issues. That’s why customer support is such a key factor when choosing between platforms.

So Which is Better, Trello or Notion?

At the end of the day, Trello may only do one thing, but it does it really well. If you think you can sort all your tasks into cards and columns, that’s 100% the way to go.

Notion is aimed at teams that are looking for a more well-rounded productivity tool, one with all the features that a team actually needs. However, it falls short in some areas, so if you want a single productivity platform with everything you need, consider some of the alternatives…

Unlike Notion and Trello, Spike offers organizational simplicity with advanced team features. It’s based around your email, which is already the heart of most day-to-day business, meaning no steep learning curve, just straight to work. What’s more, by being a full productivity suite rather than just boards or databases, it offers teams all the advanced tools you’ll need in one single package—no more switching apps when you need to chat, send an email, write a list, or anything else! Just some of the tools included in Spike are:

Trello and Notion both offer good tools but are also limited. If you’re willing to take a hit on how you organize, that’s fine, but if you want simplicity and powerful, centralized tools, Spike is the clear winner here.

For more information on productivity platforms, check out the Spike blog today or Tweet us @SpikeNowHQ and let us know how your team perfects its workflow.

Notion offers notes as one of its core features and other productivity tools, as compared with Evernote, which focuses on note-taking. That said, your team might benefit from a single-purpose approach if note-taking is all you need. If notes are just one part, consider looking into other options.

Is Trello a better Kanban board app than Monday? Almost certainly, but Monday is a more diverse productivity app. Sometimes you need to specialize; sometimes, you want more features.

Notions Personal Pro Plan is free for students with an educational email address, but if you’re looking to work with a team, the other tiers are paid plans.

Yes, it is possible to use Notion on an iPad.

How Collaborative Notes Can Boost Teamwork

Want to boost teamwork and productivity? Spike’s team Notes have everything you need to get the job done!

Manage your entire workflow––Emails, Notes, Tasks, Video & Audio calls and more in one superpowered workspace with Spike. Check out how you can boost your workflow today with these incredible tools.